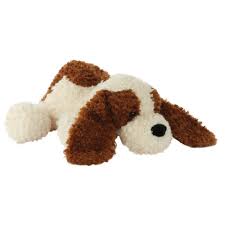 I find hope in the darkest of days, and focus in the brightest. I do not judge the universe.
Dalai lama.

The term Mindfulness seems to be on everyone’s lips at the moment. A great deal of research has already been undertaken into its benefits, and these cover many of the domains of our daily lives .

Although much of this research has been carried out on adults, there is increasing evidence that there are also benefits for young people. Indeed, even the British government has started to advocate that it should be taught in schools.

The calming effects of Mindfulness mean that it has been put forward as a treatment for reducing and managing stress, as an aid to controlling anxiety, and as a way of decreasing the risk of relapse in people who are suffering from depression.

It has also been shown to be helpful in enabling those who live with chronic pain to tolerate their condition to a much greater extent, and so live happier lives.

Where children are concerned, the evidence that being mindful increases the ability to focus and pay attention, is one of the key elements that make it seem very important to teach to both the young and the old.

There are knock on effects in the shape of improved grades, having schools in which there is less bullying, and increased levels of kindness and concern for others. Young people who are taught Mindfulness also become both more resilient and happier.

Mindfulness is the aware, balanced acceptance of the present experience. It isn’t more complicated than that. It is opening to or receiving the present moment, pleasant or unpleasant, just as it is, without either clinging to it or rejecting it.
Sylvia Boorstein

What differentiates Mindfulness from other similar practices is the deliberate choice that is made to pay attention in a non-judgmental way to what is going on in our external and internal environments. At the same time we choose to resist the temptation to make assessments about the things that we notice.

As can be seen, focus and attention are the first part of the process of becoming mindful. They are the first part of any mindful practice that needs to be put in place. The ability to apply sustained concentration, and to keep bringing it back to the object on which we choose to concentrate , is the main foundation of a fruitful Mindfulness practice.

When starting to teach Mindfulness, especially to young children, a practice that is designed to increase the ability to focus and concentrate is really helpful. It generates a positive behaviour cycle, where practicing concentrating, and focusing, leads to a greater ability to pay attention, which leads to ever increasing Mindfulness.

For these reasons, I usually recommend starting with a simple concentration exercise. Here we wish the young person to focus one of their senses onto a particular stimulus. The traditional focus in most mindful practices is on the breathing.

A simple practice to encourage this focus involves asking the young person to lie on their back in a comfortable position. They can have their eyes open or closed, depending on which of the two they prefer, they are then asked to gently focus on their surroundings, to become aware of the various noises that they can hear, to become aware of the temperature of the air around them, to feel the floor or cushion on which they are lying and how it pushes back against the body, and once they are settled, to place one of their favourite cuddly toys on their belly.

They are then asked to concentrate on the movements of this toy. Feeling it rise up as they breathe in, and then sink down as they breathe out. Just to sense the rise and fall of their tummy that accompanies their breathing. They can then move on to experiment by breathing in and out more deeply to see how far they can make the toy move, but eventually we ask that they just breathe normally, without forcing the breath, as if they are trying to lull their toy to sleep.

The second way to help young people develop this focus starts off slightly more energetically. To begin with we ask them to run on the spot, or perhaps to do some star jumps, for a couple of minutes. We then get them to lie down and put their hand on their heart. We ask them to gently feel the heartbeat, and to become aware as the vibration is transferred from inside their chest to their fingers.

First of all we just want them to feel their heartbeat, and then, as their fingers become more sensitive, we ask them to see what differences they notice as they breathe in and out. Perhaps they feel the heart speed up or slow down, or they can feel it beat a bit stronger or weaker.

This is also a useful exercise in helping young people connect their feelings and bodily sensations. This can be important, as many people with anxiety, or who are in other ways overly aroused, can mistake physical symptoms as being more significant than they really are. This can generate a significant worsening in their symptoms and can lead to the creation of a vicious cycle where their mood becomes gradually worse.

One of the most important aspects of teaching young children is to make their initial experience fun. To this end the third exercise can be very helpful. It can take take several forms, but the principle remains the same. Here we wish the child or young person to pay particular attention to one particular type of sensory input.

This might involve hearing, taste, or smell. First we ask people to focus on their sense of hearing, we can do this by using a bell. We ask the young people to sit or lie quietly with their eyes shut, and then strike a bell, the young people are then asked to listen really hard and to raise a hand or finger when they can no longer hear the vibrations in the air. With practice, many people can nearly double the amount of time over which they are able to hear the bells ringing.

Another way to do this would be to practice Jon Kabat-Zinn’s raisin eating meditation. Here the raisin is chewed very slowly so that attention can be paid to it’s texture, the feeling as the teeth break through the skin, gradual changing as the raisin becomes much more liquid, the changing sensation of taste that accompanies each stage, and eventually the feeling as the food is swallowed.

Yet another way of doing this is to use the sense of smell. A selection of materials which have strong, but not pungent, scents are chosen. Such things as orange or lemon peel, coffee beans, perfume, or some other material that is to hand. The young person is then asked to smell one of these objects, and then to describe, in as much detail as they can, what the experience is like. It is interesting to see how many different aspects to a common smell people are able to differentiate.

By introducing enjoyable practices that help with focus and concentration, most young people can soon learn the elements of Mindfulness. One of the main things that the research has demonstrated is how much young people enjoy this kind of activity.

Once the ability to focus and pay attention is more developed, it is possible to move on to other practices that involve more subtle objects on which to focus. One of the most popular mindfulness objects is the breath, the sensations of walking, or any other activity we undertake could also be used.

As young people are better able to concentrate it becomes much easier for them to return to the Mindfulness practice when thoughts, emotions, or other interruptions distract them.

It is this returning, over and over again, to the object of our meditation that is the practice. It is this that helps us become much more aware of our own internal worlds, and how these can get in the way of our being able to enjoy our lives and to be happy: good skills for all, not just our children.
Sandy
vajrablue.com